WHO and China: the unfulfilled duty (read version in Spanish here)

Despite the criticism that many could throw at it, the UN is an enormously important organization that allows the meeting of governments of very different, sometimes opposing, tendencies, in every sense, from the political, cultural, religious, sociological and other nature, thanks to which conflicts have been avoided and, in some cases, collaboration has also been established to attend humanitarian emergencies.

That said, it must be remembered that the UN is an organization of governments, not necessarily -or almost never- representing you, or people in general; the UN is a "club", we emphasize, of governments. For this reason, it is possible and permissible that, within the UN, countries of governments as opposed as the closed dictatorships of China or Cuba, form part of the Human Rights Commission (2018-2021), together with solid and open democracies such as Austria or Denmark.

This summary explanation of the reason for the existence of the UN comes to try to understand why it is only natural for what we see in the Commission on Human Rights to happen, in the same way that it is to understand the policies and actions that we frequently observe from other offices from the ONU. Remember, the UN is a necessary organization, first and foremost, to allow all the governments of the world to understand each other, its main function is not to promote your particular wishes for freedom and democracy, respected reader … Hence, if you observe or hear some slip contrary to your personal opinion, it is not necessarily contrary to the objectives of the UN.

All this spiel comes from the communications that have been seen since the beginning of 2020 in the WHO, an office, remember, of the UN. From where we have seen a recent trend of support for China's statements and policies, with negative consequences for the image of the WHO, and, particularly, for the credibility of its current Director General, Dr. Tedros Adhanom Ghebreyesus.

Although, we repeat, the rai·son d'ê·tre of the UN is to allow and encourage understanding between governments, we understand those who have been concerned about this situation, for appreciating that they believe the WHO should only dedicate itself for the health of all people, always placing this above any motivation or concern of a political or, much less, economic nature.

It is for them that we have chosen a wonderful article written by Michael Collins, a researcher at the Council on Foreign Relations, who with his text was months ahead of many events within the WHO …

The WHO and China: Dereliction of Duty

The WHO's weak response to China's mishandling of the COVID-19 outbreak has laundered China's image at the expense of the WHO's credibility. The time is ripe for clear leadership from the WHO based on science not politics.

Michael Collins is a research associate for Asia Studies at the Council on Foreign Relations.

The World Health Organization (WHO) was founded in 1948 with the lofty goal of ensuring the attainment of the highest possible level of health by all people. In the years since, the organization has been instrumental in controlling or eradicating communicable diseases and investing in healthcare capacity across the globe. However, the WHO is now facing rising international criticism over outsized Chinese influence in the organization's response to the ongoing COVID-19 outbreak.

The WHO Director-General (DG) Dr. Tedros Adhanom Ghebreyesus has been an outspoken advocate for the Chinese government's COVID-19 response. On January 28, Tedros met with Chinese President Xi Jinping in Beijing. Following the meeting, Tedros commended China for «setting a new standard for outbreak control» and praised the country's top leadership for its «openness to sharing information» with the WHO and other countries. Yet in Wuhan, the epicenter of the COVID-19 outbreak, Chinese officials were busy arresting and punishing citizens for «spreading rumors» about the disease, while online censors controlled the flow of information. Despite growing evidence of China's mishandling of the outbreak and rising domestic Chinese outrage over the government's censorship, Tedros remains unmoved. On February 20 at the Munich Security Conference, Tedros doubled down on his praise for China stating that «China has bought the world time.»

In contrast to his effusive praise for China, Tedros has been quick to criticize other countries for their responses to the outbreak. He called upon nations not to limit travel with China and warned against the «recrimination or politicization» of the outbreak. Domestic Chinese news coverage prominently features Tedros' praise of Xi Jinping and criticism of foreign governments.

More concerning is Tedros' delay in declaring COVID-19 a public health emergency of international concern (PHEIC). On January 23, the WHO's emergency committee was split on whether to declare a PHEIC. With final authority resting with the DG, Tedros decided to wait despite admitting that «this is an emergency in China.» A week later, he declared a PHEIC. By that point, confirmed cases of COVID-19 had increased tenfold with 7,781 cases across 18 countries. John Mackenzie, a member of the WHO executive committee, publicly stated that international action would have been different if not for China's «reprehensible» obfuscation of outbreak's extent.

China's influence in the WHO is also evident in the organization's treatment of Taiwan. Since China acceded to the UN in 1971, it has periodically blocked Taiwan's WHO membership on the grounds that the democratically governed island is part of China. From 2009 to 2016, China allowed Taiwan to join the WHO's decision-making body, the World Health Assembly, as an observer under the name Chinese Taipei. After the election of President Tsai Ing-wen in 2016, cross-strait relations chilled causing China to block Taiwan's future participation.

Taiwan's exclusion has very real consequences during global health emergencies. First, the WHO is an indispensable source of information for countries' health departments. Without membership, Taiwan must rely on China's health department for outbreak information often with delays ranging from several days to weeks. China has been forthcoming with information during the COVID-19 outbreak, but there is no guarantee of future cooperation leaving Taiwan in a precarious situation. Second, the WHO's inclusion of Taiwan as part of China's territory overstates the scale of the outbreak on the island leading to unmerited economic and diplomatic consequences. Mainland cases of COVID-19 are now above 70,000 with over 2,500 deaths. Taiwan has only reported 32 confirmed cases to date. However, several countries including Italy, El Salvador, Mongolia, Vietnam, and the Philippines used the WHO's country classification as justification to restrict travel from Taiwan. While the Philippines and Vietnam eventually reversed their travel bans on Taiwan, the island nation's continued exclusion from the WHO means that such a mistake is liable to recur.

Dr. Tedros' inaction stands in stark contrast to the WHO's actions during the 2003 SARS outbreak in China. Then WHO DG Dr. Gro Harlem Brundtland made history by declaring the WHO's first travel advisory in 55 years which recommended against travel to and from the disease epicenter in southern China. Dr. Brundtland also criticized China for endangering global health by attempting to cover up the outbreak through its usual playbook of arresting whistleblowers and censoring media.

For its part, China's WHO contributions have grown by 52% since 2014 to approximately $86 million. This is largely due to China's increase in assessed contributions which are based on a country's economic development and population. However, China has also slightly increased voluntary contributions from $8.7 million in 2014 to approximately $10.2 million in 2019. While this pales in comparison to the United States' 2018-19 contribution of $893 million, China's growing contributions come as its influence across the UN is rising just as U.S. leadership is declining. Going forward, China might appear to be a more reliable partner for organizations dependent on members' financial support like the WHO.

China was also an important ally of Tedros in the WHO's DG election in 2017. Months before the election, Tedros was invited to speak at Peking University where he called for stronger cooperation between China and the Global South on health issues. China's support for Tedros paid off immediately. The day after his electoral victory, Tedros confirmed to Chinese state-media that he and the WHO will continue to support the «One China» principle, which recognizes the government in Beijing as the legitimate Chinese government. Three years later, Tedros' enduring support of China's response to COVID-19 shows that their early support for him is still paying dividends.

The WHO's weak response to China's mishandling of the COVID-19 outbreak has laundered China's image at the expense of the WHO's credibility. The rate of infection in China appears to be declining, but the risk of a global pandemic is increasing. The time is ripe for clear leadership from the WHO based on science not politics. 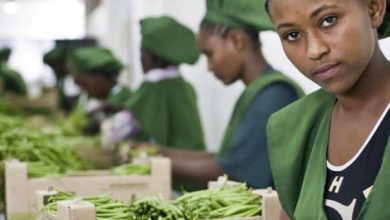 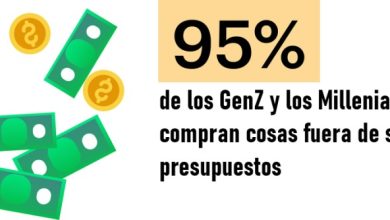 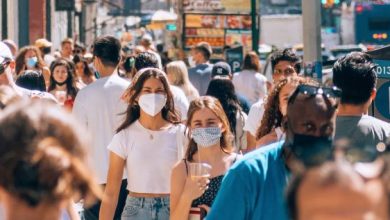 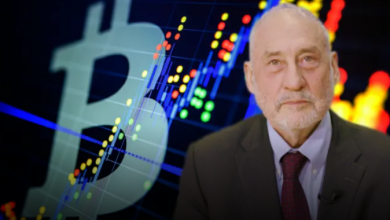